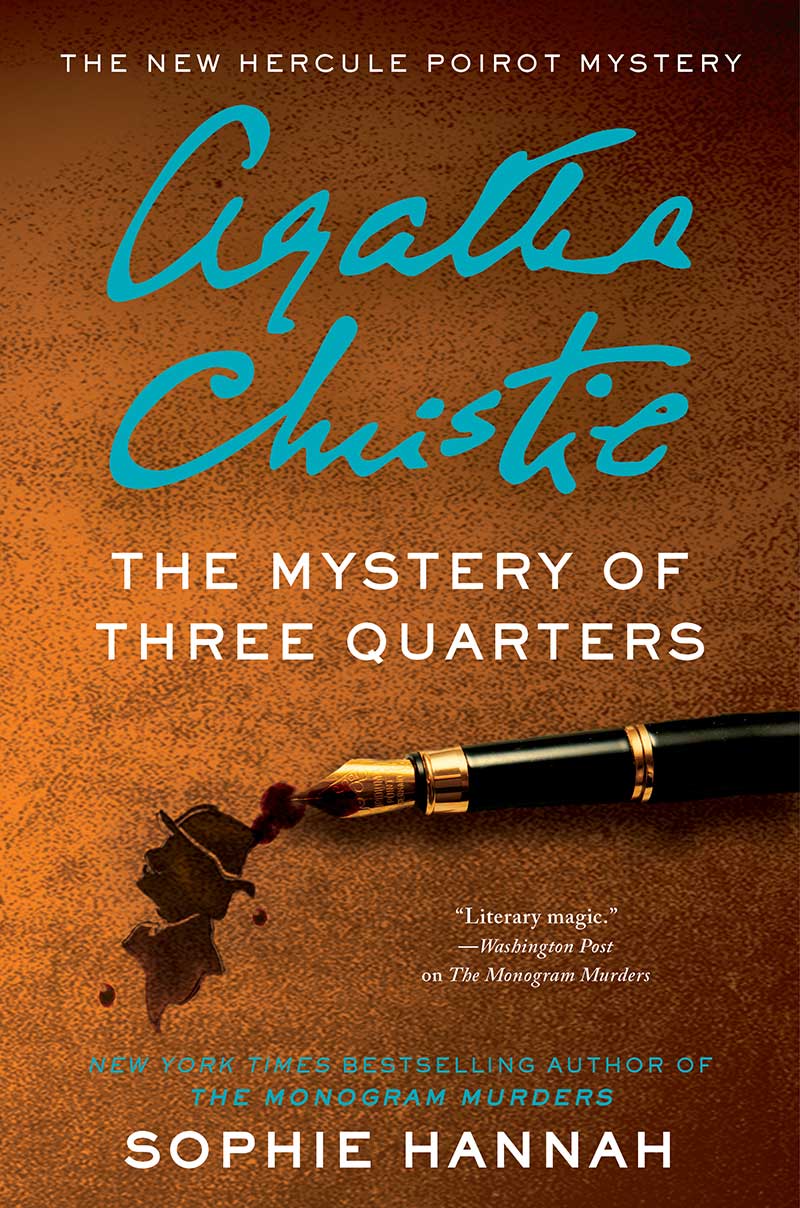 THE MYSTERY OF THREE QUARTERS

“She gets it just right. The first two were good; this one is even better.”
Wendy Cope in The Week

”Another ingeniously deceptive puzzle. The premise is especially clever. The gratifying reveal is a neat variation on one of Christie’s own solutions and demonstrates Hannah’s facility at combining her own plotting gifts with another author’s creation.”
US Publishers Weekly

“Hannah once again nails the style and substance of her beloved predecessor, producing another treat for Christie fans.”
Booklist

“The Mystery of Three Quarters is Sophie Hannah’s best Poirot novel yet. It hooks you from the beginning with a brilliant premise and doesn’t let go until the very end.”
Dr Mark Aldridge, author of  Agatha Christie on Screen

If you’d like to be among the first to hear all my book news, read the occasional opinion piece in which I mistake myself for a newspaper columnist, and pick up the odd titbit of literary gossip, you can sign up to receive my regular newsletter (featuring exclusive competitions and treats only for subscribers!) here:

JOIN ME ON SOCIAL MEDIA

Ever thought about hiring a life coach? Worried it might be too expensive? Why not let the brilliant Hercule Poirot coach you instead? When he’s not solving crimes, Poirot loves to give life advice… click the moustache above to find out more. Get my free Review Guide to all of Agatha Christie’s Poirot novels!